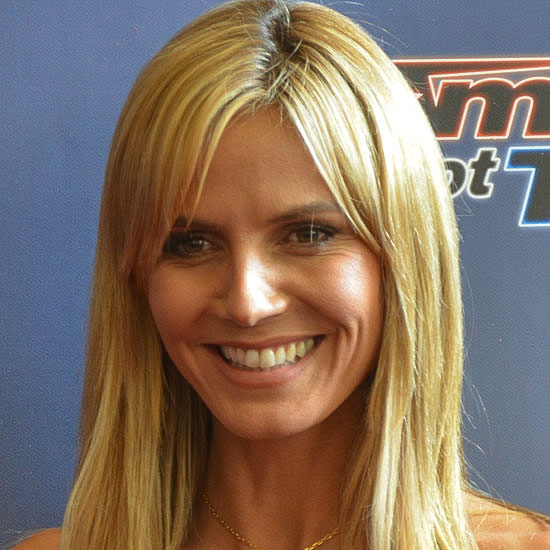 Heidi has Naked Ambitions for the Future

In a recent interview Heidi Klum revealed that she plans on staying topless well into her 60's. Heidi told People magazine "I'm also probably going to be the girl on the beach with no top on when I'm 60.... I'm gonna be that 60-year-old woman laying on the beach with just my bottoms on." On the plus side if she ever gets lost from dumb blonde dementia we can just follow the trail left behind as she drags her nipples down the beach.

Every year Heidi Klum goes overboard with an elaborate Halloween costume but it... (read more of this Stupid story)

After ex-hubby, Seal, complained to TMZ that Heidi should have waited until they... (read more of this Stupid story)

Not so Happy Valentines Day

Unable to spend Valentines day with hubby Seal due to filming of 'Project... (read more of this Really Dumb story)