A Blonde and a Brunette are running a ranch together in Louisiana. They decide they need a bull to mate with their cows to increase their herd. The Brunette takes their life savings of $600 dollars and goes to Texas to buy a bull. She eventually meets with an old cowboy that will sell her a bull. "It's the only one I got for $599, take it or leave it." She buys the bull and goes to the local telegram office and says, "I'd like to send a telegram to my friend in Louisiana that says: Have found the stud bull for our ranch, bring the trailer. "The man behind the counter tells her, "Telegrams to anywhere in the U.S. are 75c per word." She thinks about it for a moment and decides. "I'd like to send one word, please." "And what word would that be?" inquires the man."Comfortable." replies the Brunette. The man asks, "I'm sorry miss, but how is your friend gonna understand this telegram?" The Brunette replies, "My friend is Blonde and reads REAL slow. When she gets this, she will see COM-FOR-DA-BULL."
Share
Q: What's the difference between a smart Blonde and Bigfoot?
A: Bigfoot has been spotted.
Share
Q: How does a Blonde try to kill a bird?
A: She throw's it off a cliff.
Share
Q: How does a Blonde kill a fish?
A: She drowns it.
Share
Q: What do you call a fly in a Blonde's head?
A: A space invader.
Share
Q: What do you call a smart Blonde?
A: A labrador.
Share
Q: What do call a smart Blonde?
A: A Golden Retriever.
Share 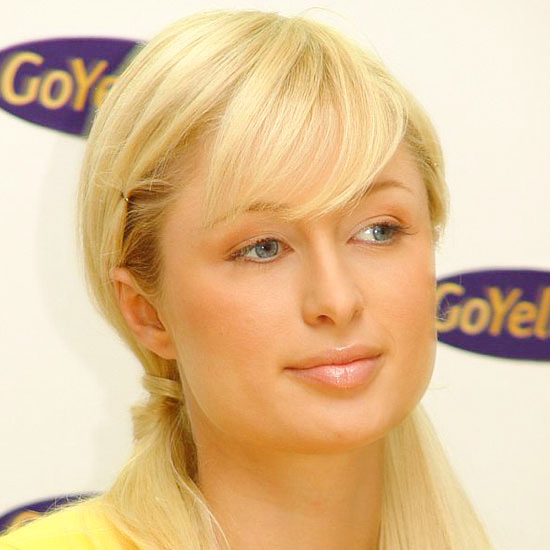 What did Paris Hilton do to become this weeks celebrity dumb blonde?

I Bet I Know
Q: What does a Blonde owl say?
A: What, what?
Share
Q: Why aren't Blonde good cattle herder's?
A: Because they can't even keep to calves together.
Share
One day a Blonde became so sick of hearing Blonde jokes that she had her hair cut and dyed brown. A few days later, as she was out driving around the countryside, she stopped her car to let a flock of sheep pass. Admiring the cute woolly creatures, she said to the shepherd, "If I can guess how many sheep you have, can I take one?" The shepherd, always the gentleman, said, "Of course." The Blonde thought for a moment and, for no discernible reason ,said, "352" This being the correct number, the shepherd was, understandably, totally amazed, and exclaimed, "You're right! OK, I'll keep to my end of the deal. Take your pick of my flock." The Blonde carefully considered the entire flock and finally picked the one that was by far cuter and more playful that any of the others. When she was done, the shepherd turned to her and said, "OK, now I have a proposition for you. If I can guess your true hair colour, can I have my dog back?"
Share
One day two Blondes are hunting when the one shout's to the other "Come look at these deer track's I've found!" So the other one comes over to take a look. "Those aren't deer track's, those are wolf track's!" "No they're deer track's!" said the other. "No they're wolf track's" insisted the other. So the two stand there and start arguing. Half an hour later they were both killed by a train.
Share
One day a guy is driving down the road and accidentlly hit's a chicken. Knowing that the chicken belonged to the Blonde farmer down the road he thought he would go over and tell the Blonde what had happened as he was an honest guy. When he gets there he apologized for running over what he thought was the Blonde farmer's chicken. "What make's you think it's mine?" asked the Blonde farmer. "Well you raise this type of chicken around here don't you?" said the guy. "Yes, but not flat one's like that." answered the Blonde.
Share