A blonde guy walks into the police department looking for a job. The desk officer on duty says, "one moment please sir," and goes to speak to the captain. The officer, slightly flustered, says to the captain, "A blonde just walked in asking for a job! What do I tell him?" The captain says, "Don't worry. Just ask him a few basic questions. Act as though you're doing an interview. We can't just turn him away for being a blonde, that'd be discrimination. Remember, we can't assume he's going to be dumb just because he's a blonde." "Sure we can," muttered the officer to himself. He then reluctantly pretended to conduct an interview. Not having any idea what to ask him to disqualify his application, the officer asks, "What's 1+1?" The blonde closes his eyes and thinks for about a minute. Finally, he says, "Ummmmm, 2?" Dang, the officer thinks, so he tries a harder one: "What's 2+2?" "Ummm... 10!" the blonde says with great confidence. "One moment again please sir," the officer says. He then leaves the room to speak with the captain again. "Well?" asks the captain. "Is he a dumb blonde?'' "Dumber than any blonde I've ever met. And that's saying something." "Well, just for kicks, ask him a history question and let him go." The officer goes back to the blonde and says, "Well sir, since you did so well in math, I'll ask you a history question. Who killed Abraham Lincoln?" "Ummm... I don't know," the dumb blonde admits. "Well, you can go home and think about it," he says, "and come back later and tell me what you've figured out." He figures that's the last he'll see of him. The blonde goes home and calls up one of his friends, who asks him if he got the job. "Not only did I get the job," the dumb blonde says, "but I've already been assigned to a murder case!"
( Submitted by 'Ben' )
Share
A blonde who was working at an M&M factory was called into her boss' office. Her boss asked her "Why have you thown away all of these M&M's?" The blonde replied "Because they were all 3's and W's"
( Submitted by 'tonya' )
Share
Two factory workers were talking. "I know how to get some time off from work." said the man. "How do you think you will do that?" said the blonde. He proceeded to show her by climbing up to the rafters, and hanging upside down. The boss walked in, saw the worker hanging from the ceiling and asked him what on earth he was doing? "I'm a light bulb" answered the guy. "I think you need some time off," said the boss. So, the man jumped down and walked out of the factory. The blonde began walking out too. The boss asked her where she thought she was going. "Home. I can't work in the dark."
Share
Q: Why does a Blonde only change her baby's diapers once every month?
A: Because it says on the package, Good for up to 20lbs.
Share
Q: How do you drive a Blonde crazy at work?
A: Give him a bag of m & m's and tell him to alphabetize them.
Share
Q: What's the difference between a Blonde and a brick?
A: When you lay a brick it doesn't follow you around for two weeks whining.
Share
Male Secretary: "Feel free to use my dictaphone."
New Blonde Employee: "No thanks, I'll just use my finger like everyone else."
Share 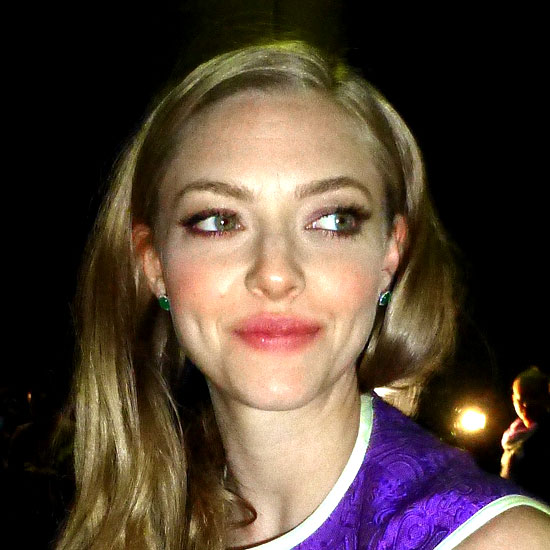 What did Amanda Seyfried do to become this weeks celebrity dumb blonde?

Tell Me
Q: Did you hear about the new epidemic among Blondes?
A: It's called MAIDS, if the don't get one, they die.
Share
Q: What important question does a Blonde ask her mate before having sex?
A: Do you want this by the hour, or the flat rate?
Share
One day a Blonde put a tin on her desk marked "For the blind". When she finally collected enough money she went out and bought a blind for her office window.
Share
A Blonde got a job working at a bottle plant pasting the sticker's to the bottle's and put a sticker on the bottom of every bottle "Open other end".
Share
The executive was interviewing a young Blonde for a position in his company. He wanted to find out something about her personality so he asked, "If you could have a conversation with someone, living or dead, who would it be?" The Blonde quickly responded, "The living one."
Share
There were three men working on a construction site, a Mexican, a black man, and a Blonde man. And everyday at lunch they had the same thing. Well one day they had had enough. "If I open my lunch box tomorrow, and there is a burrito, I'm jumping off of this building. "The black man opened his lunch pail and said "If I open my lunch pail tomorrow and there is another ham sandwich, I'm jumping off of this building." Then the Blonde man said "If I open this lunch box tomorrow and there is another cheese sandwich in here, I'm jumping off." Well the next day comes and they are all on their lunch break, when they each open their lunch pails. The Mexican opened his, and sure enough, another burrito, so he jumps to his death. The black man opens his and sure enough, another ham sandwich, so he jumps to his death. Then finally the Blonde man opens his lunch box, and finds a cheese sandwich, and so he jumps off. During the funeral the wives are mourning and blaming themselves, saying if only they had made something different, all that is except for the Blonde mans wife. When asked she said "hey don't blame me, he packed his own lunch."
Share
A young Blonde executive was leaving the office one evening when she noticed the CEO standing in front of the shredder with a piece of paper in his hand. "Listen," said the CEO, "this is important, and my assistant has left for the day. Can you make this thing work?" "Certainly," she replies, flattered that the CEO had asked her for help. She turned the machine on, inserted the paper, and pressed the START button. "Excellent!" replied the CEO, "I'll need two copies."
Share
Q: Why do Blondes have see-through lunch box lids?
A: So that when they're on the train they can tell if they're going to work or coming home.
Share