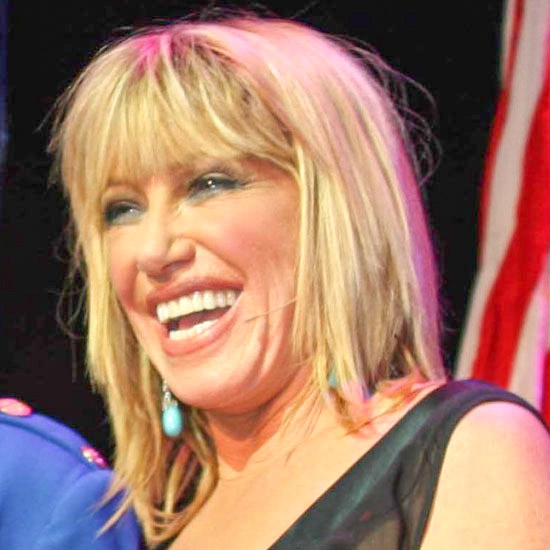 Suzanne Somers, the original TV dumb blonde, revealed she had to have surgery after taking a tumble down some stairs at home. Suzanne told fans "I had an intense amount of pain after the fall that was not resolving - even after having tequila! After several scans, it was determined I had 2 vertebrae out of place which was causing pressure on nerves and creating that tremendous pain" going on to say "The good news is that I had neck surgery to correct these issues and now I am on the mend!" Maybe the tequila is the reason she fell down the stairs in the first place? Get better soon, the new generation of dumb blondes aren't the same.

Suzanne is a Blonde Business Mogul

Suzanne has become a rich woman after selling over 15 million units of her... (read more of this Dumb story)

Suzanne was having a Facebook Live session with fans outdoors at her home when a... (read more of this Really Stupid story)